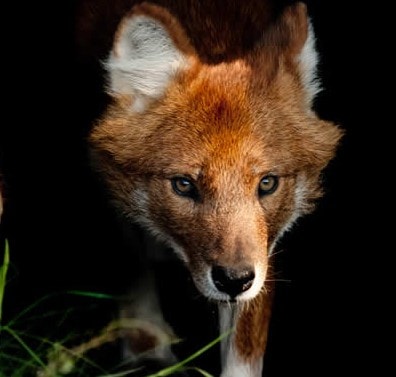 This is an update on our previous article, of which the title (“Rare and endangered dhole less endangered than previously thought, according to NMNHS (Bulgaria)“) was erroneously attributing to the NMNHS the idea that the dhole might have a stronger presence than originally thought. We apologize for this misrepresentation and invite you to rediscover our original article as well as Nikolai Spassov’s response.

THE STORY OF THE TURKISH DHOLE. In August this year, the NMNH-Sofia conducted a zoological expedition in Northern Anatolia, Turkey, with the assistance of the Karadeniz Uniersity, Trabzon. The goal of the exploration was a collection of data about rare large carnivores and especially for resolving the case related to the possible existence (after some Turkish and Russian publications) of the Dhole (Cuon alpinus) in the region of N-E Anatolia and Caucasus, a case related in N. Anatolia to the rumor of Pardi – a canid, different from the jackal and the wolf. Our expedition achieves several faunal results, which will be published as soon as possible.

Here we would like to note that the title of the information about our expedition in the CETAF newsletter, based on the announcement on the site of our museum (https://www.nmnhs.com/15081601-news_en.html) is rather misleading and don’t come after the information published in our site. If the red wolf is found in the studied region this does not means that the carnivore is less endangered, on the contrary, such a discovery would likely indicate the presence of a strongly endangered and not described subspecies.

We investigated in the Karadeniz University collections both skins (in poor condition) after which the dhole was reported by M. Serez and M. Eroglu in a publication from 1993 for the region of Rize and the adjacent Pontic Mts. Our analysis led us to the conclusion that probably skins belong to the pariah dogs. The analysis of photographs of the internet paper on the recent presence of the dhole in Kabardino-Balkaria (C. Caucasus) also led us to the conclusion that the shot animal is not a Dhole, but an aberrant by its features grey wolf. Our inquiries in N-E Turkey show a widespread among local people rumor about the presence of a third big canid, different from wolves and jackals and called Pardi. These stories, however, are not supported by real evidence. The final conclusion will come from DNA analysis of samples taken by us from the mentioned two skins.

The National Museum of Natural History, Sofia (NMNHS) and the Karadeniz University in Trabzon, Turkey have engaged in a thorough scientific exploration of the northern regions of Turkey. One of the goals of the expedition is to prove the presence of the dhole.

Dholes have been described as “terrible wild dogs” by none other than Rudyard Kipling in his world famous Jungle Book. In those times, dholes were spoken of in the same ushered whispers as the fearsome tiger. But those days are now long gone. And, if dholes have been thought to originally inhabit a vast territory going from East of India to Indonesia and the Russian Amur region (bordering China), they are today considered endangered with estimated numbers as low as 2500 animals. The dhole is therefore included within the World Red Data Book.

But scientists from NMNHS posit the theory that dholes could be living peaceful and well-hidden lives away from prying eyes, closer to Europe. In 1993, in Sofia, two visiting Turkish zoologists submitted a report on the existence of the dhole near Trabzon and Rize (Turkey). This report attracted the attention of Prof. Nikolai Spassov, then specialist on carnivorous mammals for the National Museum of Natural History of Sofia. 20 years later, Spassov is now director of NMNHS and determined to prove the presence of dholes 4 thousand km east of their known habitat in a region where locals have always assumed it to be a jackal or a wolf.

The expedition lead by NMNHS was organised during a period when family packs of dhole should be formed, making it easier to record traces of life activity.